I watched a video of Marshall McLuhan talking about his famous “The Medium is the Message” concept yesterday. It set me off on a short collection of thoughts/reflections on Facebook and I’ve decided to transfer them over here.

– Marshall McLuhan (with parenthetical clarification for artists by me), from a 1977 appearance on Australian TV.

That is, saying “the medium is the message” is too simple. It’s more than that. It’s not only the fact that I, for instance, create a painting using oil paint. It’s also my biology, the fact of the intellectual traditions I’m a part of, and the context within which I’m moving that form a “medium” every bit as real as the paint. If I make a drawing the medium is not merely graphite or pastel – it’s also my neurology, my physicality, my perceptual structure (i.e. my eye and how it’s been trained to see), and the intersubjective array that interpenetrates my experience.

As artists we have to be aware of all of that to the best of our ability, not merely the choices of drawing/painting/sculpture media or the facts of their history. Those aspects are extremely important but they are not the whole story. The work as an event participates in the history of those media environments but it is not necessarily collapsed into them. This is because my painting is not only “painting” or “acrylic” or “figurative” or “symbolic” or “perceptual” it is also riding on the medium of the white, Anglo-Saxon, English-speaking, Judeo-Christian, western-intellectual-tradition-saturated, 6-foot-tall, meat-eating, heterosexual, mystic that I am. Sometimes taking all of THAT into account in the work means that the mere fact that the work is made with acrylic paint isn’t all that front-loaded as a structure of meaning. Maybe the fact of observational perception is front-loaded. Maybe the fact of archetypal symbology is front-loaded. Maybe the fact of biologically-induced geometry is front-loaded. Maybe any other element will be front-loaded.

I’m not super convinced by all that McLuhan said because he seemed to collapse the histories of all media into his interpretation of modern communications media (or rather that’s what we’ve done with his ideas). That in itself shows the limitations of his view. Yes, what he said was – and still is – important, particularly to people who are studying art. But we must realize that the realm of “medium” is actually much larger than what McLuhan was thinking of when he made his iconic declaration. Let’s not be too quick to disqualify work that is predicated upon “media” other than whatever might be considered a standard form in which a work may be made. Ultimately, all work is connected to deeper and more innate structures of being, awareness, and manifestation that, in themselves, form a contextual core for human expression. My eye, my motor cortex, my accumulating worldview; each of these and many other factors are every bit media through which a work is conveyed on its way to material presentation. Yes, the medium is the message, but the medium is broader and more various than we might think at first glance. 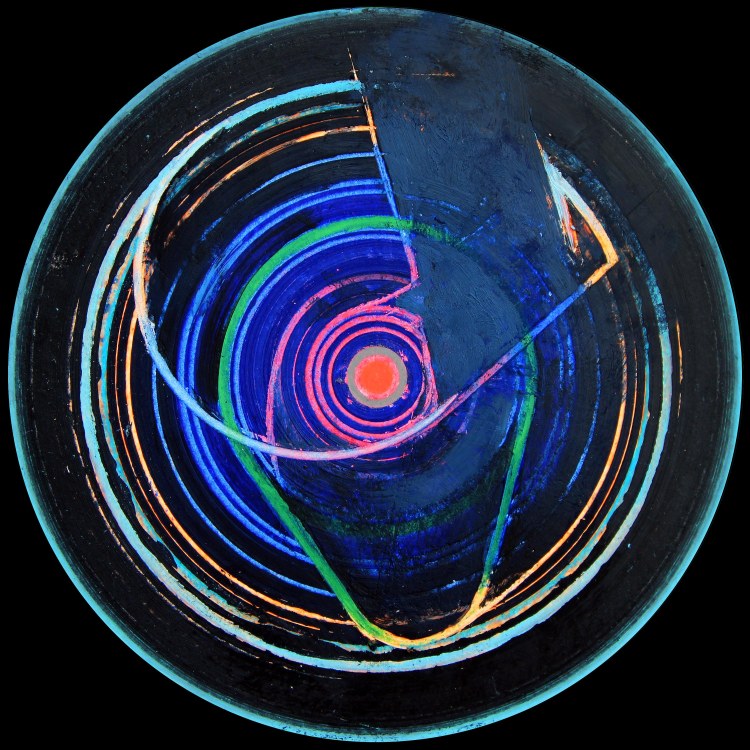