A long time ago, while studying at the School of the Art Institute of Chicago, I became pretty obsessed with a few World War 1 era artists and poets, specifically Siegfried Sassoon (bio here) and Paul Nash. Nash was a great artist (see examples of his work here and here) who worked from a deeply-felt conscience regarding his painting. This is what he thought about the work he did during World War 1:

“I am no longer an artist. I am a messenger who will bring back word from the men who are fighting to those who want the war to go on forever. Feeble, inarticulate will be my message, but it will have a bitter truth and may it burn their lousy souls.”¹

I encourage everyone to seek out the poetry of Sassoon as well (here and here). Here’s an example:

A Mystic as Soldier

I lived my days apart,

By the glory in my heart

Covered and crowned and shod.

Now God is in the strife,

And I must seek Him there,

And fury smites the air.

I walk the secret way

With anger in my brain.

O music through my clay,

When will you sound again?

Every year on memorial day I think about these two men and the legions they represented. And then I think about Second Lieutenant Arthur Conway Young of the Royal Irish Fusiliers. He died August 16, 1917. Below is his grave marker. Read the inscription at its base. 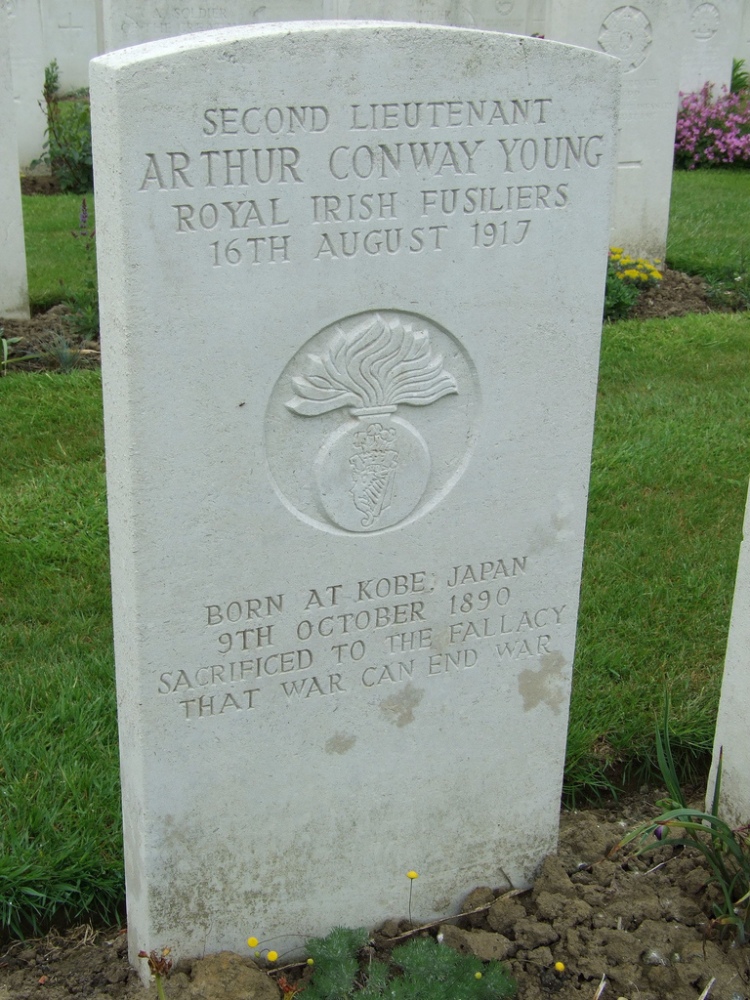 2 thoughts on “Remembering the Fallacy”