Get your Douglas Adams on. Read his books if you haven’t. I’ll be listening to him read his audiobooks in the studio. 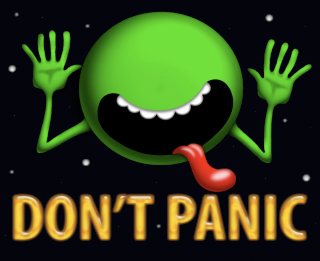 For this year, here are a few of my favorite Douglas Adams quotes (presented in order of their appearance in the Hitchhiker’s “trilogy”):

“For instance, on the planet Earth, man had always assumed that he was more intelligent than dolphins because he had achieved so much—the wheel, New York, wars and so on—whilst all the dolphins had ever done was muck about in the water having a good time. But conversely, the dolphins had always believed that they were far more intelligent than man—for precisely the same reasons.”

― Douglas Adams, The Hitchhiker’s Guide to the Galaxy

“The story so far:
In the beginning the Universe was created.
This has made a lot of people very angry and been widely regarded as a bad move.”

― Douglas Adams, The Restaurant at the End of the Universe

“The technology involved in making something properly invisible is so mind-bogglingly complex that 999,999,999 times out of a billion it’s simpler just to take the thing away and do without it…. The ‘Somebody Else’s Problem Field’ is much simpler and more effective, and what’s more can be run for over a hundred years on a single torch battery. This is because it relies on people’s natural disposition not to see anything they don’t want to, weren’t expecting, or can’t explain.”

― Douglas Adams, Life, the Universe and Everything

“God’s Final Message to His Creation:
‘We apologize for the inconvenience.’”

― Douglas Adams, So Long, and Thanks for All the Fish

“Imagine a puddle waking up one morning and thinking, ‘This is an interesting world I find myself in — an interesting hole I find myself in — fits me rather neatly, doesn’t it? In fact it fits me staggeringly well, must have been made to have me in it!’ This is such a powerful idea that as the sun rises in the sky and the air heats up and as, gradually, the puddle gets smaller and smaller, frantically hanging on to the notion that everything’s going to be alright, because this world was meant to have him in it, was built to have him in it; so the moment he disappears catches him rather by surprise. I think this may be something we need to be on the watch out for.”

― Douglas Adams, The Salmon of Doubt 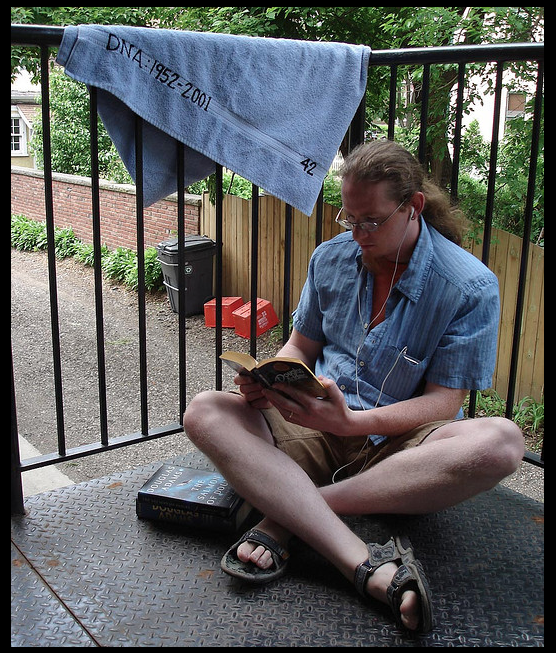