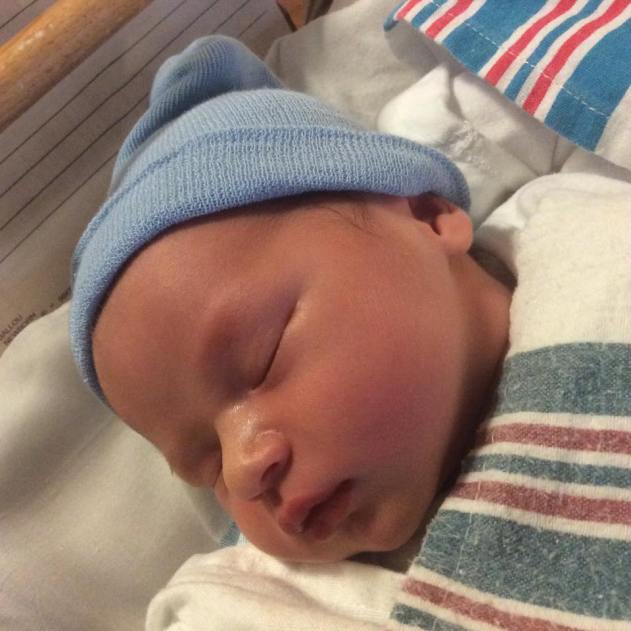 My son arrived about 36 hours ago. He is healthy, beautiful, and strong. I’m thankful and awed. A few hours after he came, I posted the following image and words:

“I nominate Atticus Garrett Ballou to eventually take awesome color pictures, or paint wonders, or write down glories, or sing high praises, or dream strange dreams, or tread with golden feet on far flung vistas, or wheel through the galaxy on spatiotemporal-controlling power… Or at the very least to act justly, love mercy, and walk humbly. 11/29/14, 3:01am”

My friend Frank (a great educator and thoughtful dad himself) commented, “With a name like Atticus, how can he help it?”

Well, here’s hoping that when my son reads about his namesake he will feel empowered. That we, as his parents, will believe that we’ve done something to impart the thread of grace and understanding that makes Atticus a worthy name to hold.

With a name like Atticus, how can we help it?

In the hours that have passed, I’ve had the chance to reflect on the epic person my wife is. I’ve now watched her through two pregnancies and one adoption (processes that are surprisingly equivalent and strenuous, believe me). She is someone who exudes a quality of character and force of will I’ve never had the chance to really know in anyone else. When Miranda was born, I got to see Alison’s movement through labor and delivery with eyes of terror and amazement. This weekend, however, I got to be a calmer, more aware viewer. I was much more keyed into what she needed and what she was doing. Seeing her come into full alignment with her body and her second-by-second progression through the final hours of pregnancy was inspirational.

Above Left: Alison just toward the end of heavy labor, around 2am, less than an hour before Atticus was born. I was putting counter-pressure on her lower back and calling out the peaks and troughs of each contraction. Above Right: Alison, exhausted but calm, less than 5 minutes after giving birth. Often during labor she looked like this; totally within herself and focused on the event.

…and just a minute or so later, Atticus got that precious skin-to-skin contact with his momma.

I was pleased to get some wonderful down time with the two of them after the delivery. We were, I think, able to enjoy that first day in a way we were too blown away to when we had Miranda or came home with CaiQun. Something tells me that ease will be a hallmark of our experience of Atticus. He’s such a relaxed yet alert baby. I think those qualities are something we are all hoping to manifest.

I got to draw a portrait of him in the early hours today. I love this first little document of looking at my boy. I hope you do, too.

Last, but not least, here are those new big sisters. They’re enjoying (and being generally confused by) their new baby brother. Glory. Thanksgiving.