Ok, I admit it: I am a fan of Star Trek. The sort of fan who views Star Trek V as non-canon. The sort of fan who favors science jargon over stupid time-travel-as-plot-device stories. I also love the tech/mech of Trek. This is partly because the ships are aesthetically pleasing to me, but also because they are annoying, awkward, and usually fail to show real design necessity and/or continuity – mostly because of capricious writers/directors/producers.

In any case, I love imagining and re-imagining the ships. Usually my sketches combine known, canon design elements while forgoing any attempt to supplement or enhance them (as so many of the series and movie producers sought to do). 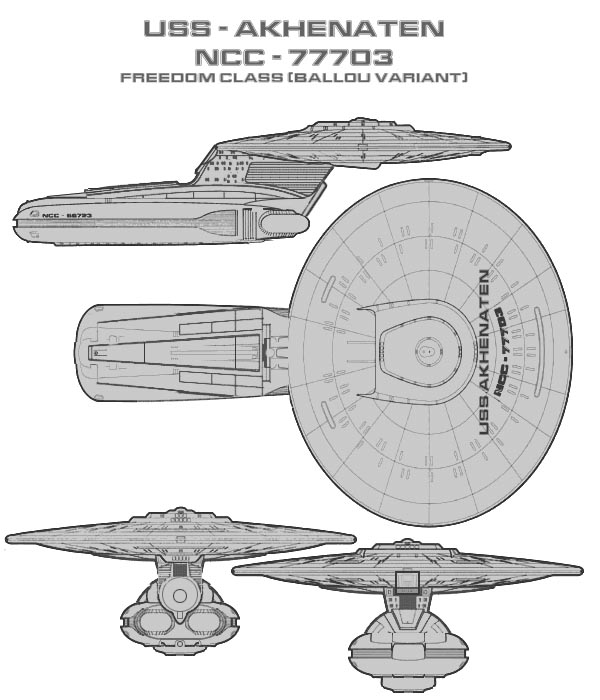