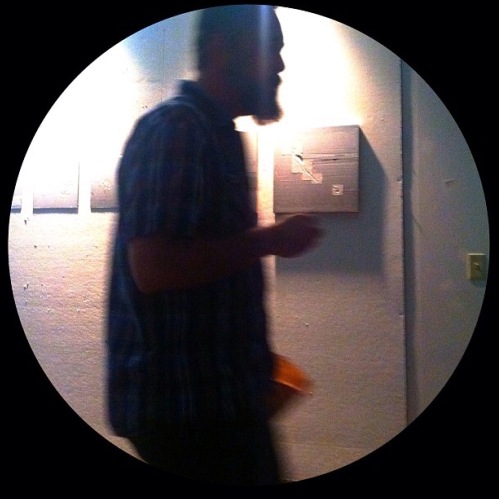 Eric blurred in front of the work of a fellow grad, Charlie Thompson.

Eric Sweet – a friend, colleague, and former student (in a few graduate classes) – died Monday, April 6th. It was sudden and strange in ways I can’t really describe. Yet his passing drew out much love and care from the people in his sphere of influence; so much of what remains is truly the definition of bitter-sweet.

Others have spoken much more eloquently than I can about all of this. But I wanted to take a moment here to memorialize Eric as so many of his friends and family have over the recent days. In the hours after he passed I made a few statements, but for the most part have been filled with silence. So here are a few more thoughts. 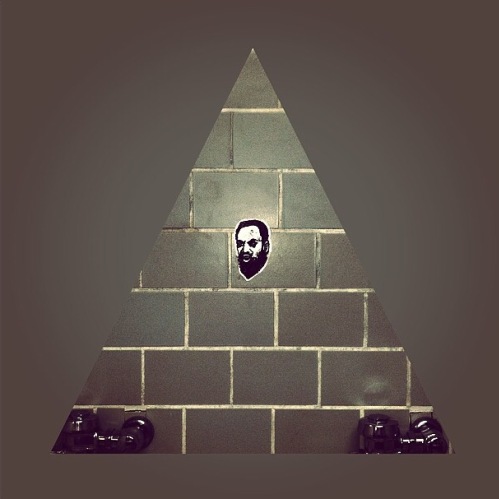 Eric’s visage, pasted above the urinals in the Art Building bathroom…

I keep thinking of his graduate thesis title: Come to Nothing. The fact is that his life was the diametric opposite of that sentiment. He really did make something. He made real impressions (printmaking pun there). Real truths. Real observations. Real impacts. He was the opposite of a taker. He was not an emotional leech. While creating the work for Come to Nothing, Eric gave constantly of himself to encourage other grads and shape the graduate program. He could be forceful in advocating for excellence and understanding, but he did it out of a sense that we all really could be better. He knew that we could all be more thoughtful, more aware. And he helped us do that.

Eric and his wife Catherine were the first graduate students I interacted with who really felt like colleagues and authorities from the very first time I met them. I often left meetings with them feeling that they were the ones doing the instruction, not me. This was – and is – a very good thing to experience. I have always felt edified by my time with them, and have loved the way Eric cast such a huge positive shadow over the graduate program at Mizzou. Grace and insightful clarity permeated their discussions. You knew you were getting straight talk from Eric. 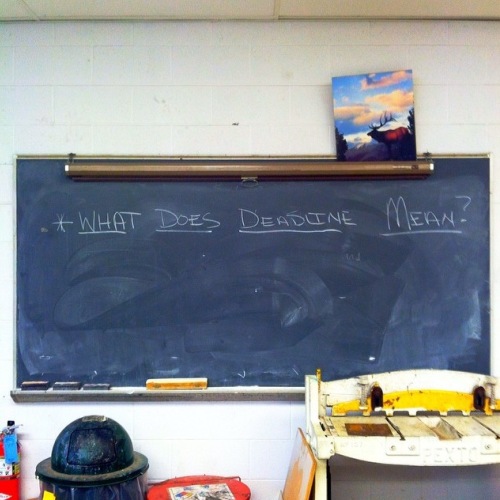 A typical note from Eric to his students.

That straight talk continued after his death. In going over graduate review notes (faculty who attend a graduate’s review give feedback and vote on the student’s potential to continue on in the program), we noticed some from Eric. He’d been invited to attend review as one of our current Adjunct Professors, and he had taken the time to interact with the ideas of our current grads. Sharp and precise, Eric pulled no punches. He was a teacher right up to the end.

On the day of his Memorial Potluck, I was able to place a tribute to Eric on a large drawing at a local restaurant. If you’d like to see a time lapse of the drawing as I made it, watch below (or click here):

One of the most lasting things Eric gave us was his love for Catherine, which is one of the best love stories I’ve gotten to see up close. Their marriage was a testament to a couple being able to get over themselves in order to become more like their true selves. Their marriage made them more human and more transcendent. What a tremendous gift they pictured together.

I’m grateful to have known you, Eric. RIP.