Back in November of 2016, I bid on a commission at a cathedral, calling for an exploration of the Stations of the Cross. It has been a number of years since I created a series of works based on a biblical theme (I tend to do this every few years or so) and I wanted to at least feel out the idea a bit.

While I did not get the commission, I have continued to develop the work from the proposal. Below are a bunch of the pieces in progress. Each is made on an iPad Pro using an Apple Pencil in the ProCreate App. What I’ve done in these works is dovetail my own research of Eastern and Western Mandala forms into an exploration of Giandomenico Tiepolo‘s Via Crucis from San Polo in Venice (Click through here to see examples of his works). 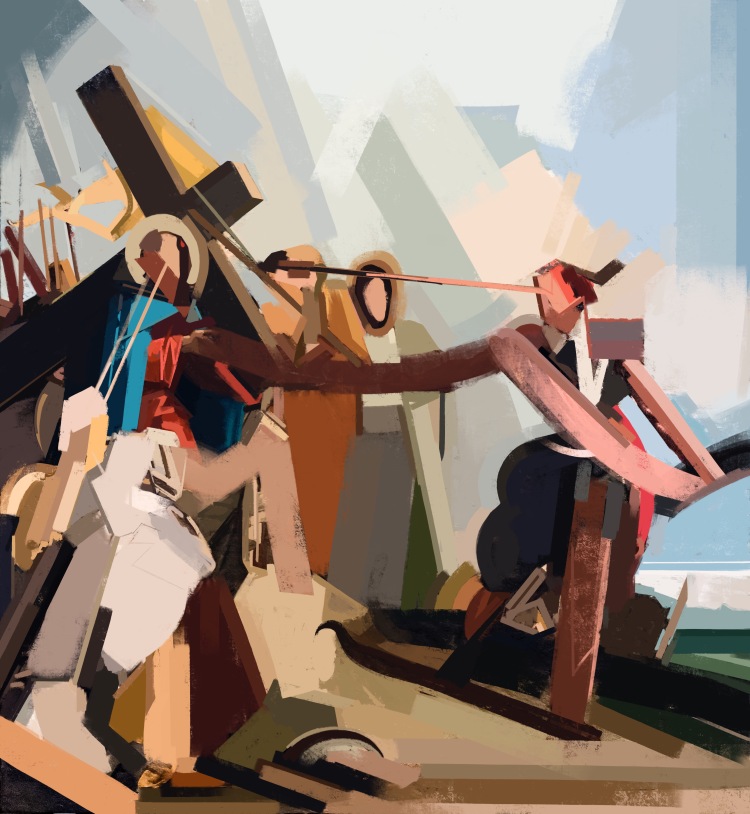 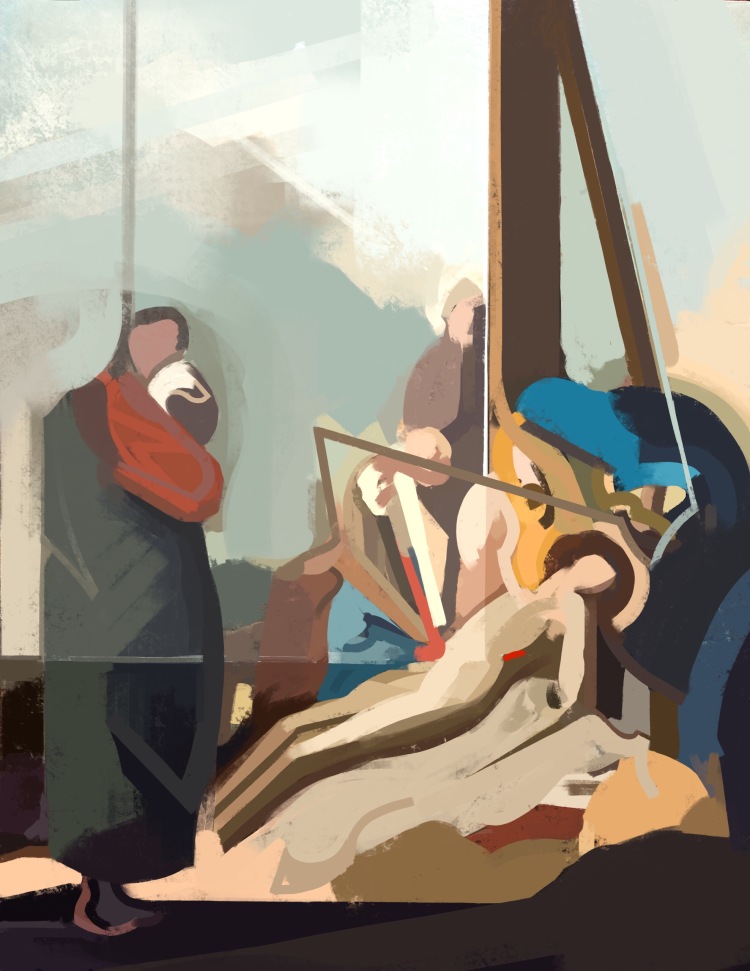 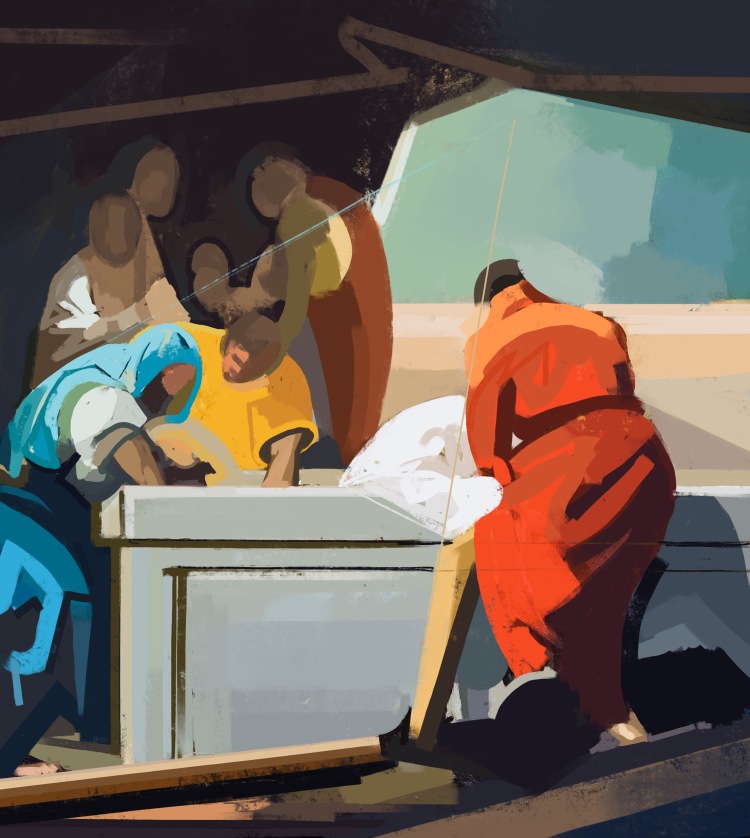 By investigating the color and composition of Tiepolo’s work without reproducing the details, I hope to draw out the relationship these works have with the tradition of contemplative spiritual works the world over. It is also humbling to realize that the source paintings were made when Tiepolo was around 20 years old. I see these as his MFA Thesis work, definitive proof of his mastery.

Having visited these paintings in person – more than 10 years ago – I still recall how astounding they were. Not as large as Tintoretto. Not as graceful as Bellini. Not as mystical as Piero de Cosimo. Not as abstract as Uccello.  But they hold their own as an expression of an artist growing into this own power and getting ready to pivot into his own realms of glory.

My aim for my versions of the Via Crucis paintings is to print them in large format (potentially to scale with their Tiepolo counterparts) then paint back into them, further developing the color and compositional shaping.

One thought on “Stations of the Cross Project”